Medicare for all……………. what does this really mean?

(An article originally from The Association of Certified Senior Advisors, July 2019)

As the 2020 presidential race heats up, voters are hearing more and more about Medicare for All. Yet, many of us aren’t sure exactly what that means. While Americans may fear letting go of the health care they currently have, they yearn for something better. What are the new proposals, and how would they affect citizens with different health care plans?

First, let’s define a term that often trips up those of us who aren’t in the health care industry. We’ve taken the description from Wikipedia, which expounds on meaning beyond a dictionary definition.

In the United States, the current single-payer insurance component is Medicare, which can include private insurance plans in Medicare Advantage, and Medicaid. Medicare covers all adults starting at age 65, but also provides benefits for those with specific disabilities and anyone with end-stage renal disease.

So what is the difference between a single-payer system and Medicare for All? They’re largely the same. But if you call a rose by any other name, it may not smell as sweet to the public. Kaiser Permanente went looking for opinions in a 2017 poll, and 48 percent of Americans gave a thumbs-up to single-payer health care. When Kaiser asked a question in the same poll about Medicare for All, approval went up to 62 percent.

Democratic candidate Bernie Sanders included Medicare for All as part of his campaign platform in 2018. Paired with the slogan “Health care is a right,” the concept appeals to many voters in spite of practical and political questions surrounding the issue. America is a health care paradox: despite having some of the world’s top hospitals, it is the only large, rich country without universal health coverage. In America, even if a health condition doesn’t kill you, it may leave you destitute.

Health care spending accounts for nearly one-fifth of the nation’s economy. As with any new proposal, it’s unknown exactly how taxes to support the system would balance against savings on premiums and care. However, there are plenty of prototypes of similar systems operating in other countries to offer guidance.

Sanders’ plan proposes a single program that would cover everyone who lives in the U.S. In the bill he introduced in 2017, nursing home and related care expand. Every medically necessary service, from annual doctor exams to mental health care to prescription drugs, would be covered. Dental and vision care would be paid for as well.

In spite of its moniker, the plan as described would expand benefits beyond those currently in Medicare. There would be no costs for individuals: no copays, no deductibles and no coinsurance. Certain drugs could require out-of-pocket payments of up to $200 per year, and long-term care might not be free. Every year, the government would set rates for services, drugs and medical equipment.

Medicare for All would replace all other health insurance, excluding that for elective surgery. Insurance provided by employers, Medicaid and ultimately Medicare would eventually disappear.

Paying for the plan requires increased revenue. Sanders proposed leaving taxes the same for those who earn less than $250,000, and increasing incrementally for incomes over this amount, with up to a 52 percent marginal rate on income over 10 million. Skeptics say this may not be enough. “No other developed nation has zero out-of-pocket costs,” according to analyst Drew Altman, who heads the Kaiser Family Foundation. Altman speculates that free coverage will drive an unsustainable increase in the use of the medical system. Picture someone with a stubbed toe showing up at the ER, or half of America in therapy.

Still, costs are going up no matter what. Government projections for our current system indicate combined health care spending by private and public sectors will near $45 trillion by 2026.

Many of the 2020 candidates are taking a more nuanced approach to health care. In spite of democratic countries such as Canada and England, which have single-payer systems, political conservatives will prefer to frame such health care policies under a “socialist” narrative. It’s an easy sell to many among the majority who are satisfied with the health care plans they get through their workplace. On the other side of the equation, the approximately one-quarter of Americans who have insurance and protections through the Affordable Care Act or Medicaid worry these will be stripped away as those on the right assault the plan.

“The ACA is popular at the 50 percent level, but it’s not energetic. It doesn’t get people who really like it,” says Bob Blendon, a political analyst at the Harvard T.H. Chan School of Public Health. “What they’re looking for is something that is exciting but isn’t threatening.”

Enter “Medicare for America,” which lays out an incremental approach that avoids many of the political, budgetary and legal questions surrounding the Sanders plan. Medicare for America distances itself from many unknown pitfalls while answering the ever-louder call for health reform. First introduced as a bill in 2018, it was largely ignored until former Texas Rep. Beto O’Rourke endorsed the plan. Other presidential candidates have indicated approval of the measure without making official endorsements.

Under Medicare for America, health care would not be free. The out-of-pocket limit for individuals would be $3,500; a family would have a $5,000 limit. Premiums would be capped at 10 percent of a household’s income. Medicare Advantage plans operated by private insurers would remain. Currently, Medicare Advantage covers about a third of the program’s beneficiaries.

Employers would have to offer plans that matched or exceeded the generosity of the government program, or direct employees to Medicare and pay a Medicare payroll tax.

“Before policies get defined, what you see is people endorsing a plan that is a little, perhaps, less subject to early attack,” says Celinda Lake, a Democratic pollster. “A lot of candidates feel if they endorse a plan that leaves some private insurance, they get more time to say what their ideas are about.”

Medicare for America would doubtless change during the process to become a law. Even during the 2018 midterm election campaigns, candidates played with allowing people older than 55 to join Medicare, or letting those below 65 buy into it (the “public option” for Medicare). One thing that’s sure is a bloated health care industry would raise enormous opposition to Medicare expansion.

On the left, cost sharing is a concern. Fixed out-of-pocket costs hit those with lower incomes the hardest. Critics also question the government’s ability to negotiate reduced prices when the plan embraces most private insurance.

Conservatives say that the plan would be too expensive for the government, and too disruptive to the massively profitable health care system. This includes doctors, hospitals and insurers, who have lobbied hard to fight Medicare for All. They lose revenue under expanded Medicare.

Much of the determination for the future of health care will come down to voters, who must elect a Congress that favors expanded Medicare enough to overcome what would certainly be a filibuster in the current Senate. Thus far, the plan lacks bipartisan support. That could change depending on how well Republicans holding power in purple states will fare during the next election cycle.

This entry was posted in Uncategorized. Bookmark the permalink. 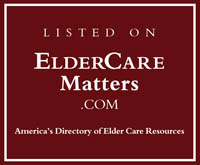 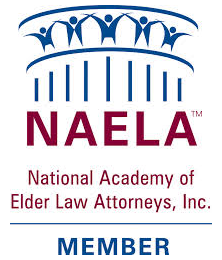 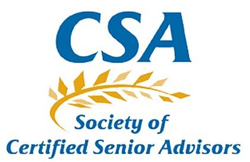 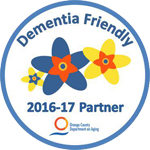 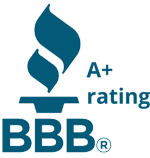